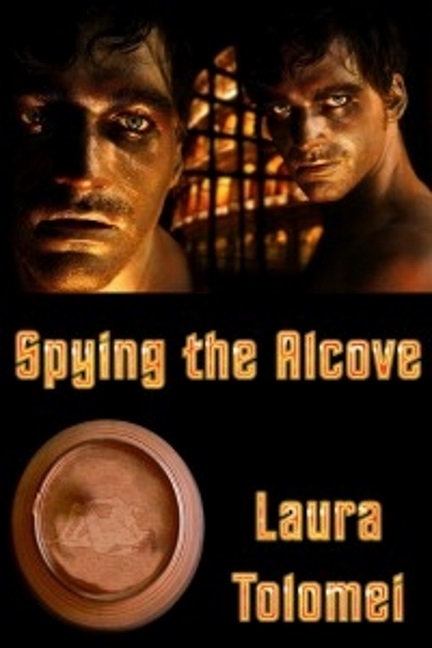 Professor Valerio Rossi and his male assistant, Sicilian born Andrea Di Natale, find an ancient artefact during an archaeological dig in Selimos. The gold medallion seems to call to Valerio, so he keeps it by his side. Not long after he begins to have strange erotic dreams of a woman called Lidia in many sexually compromising positions with her lover Brutus and other Romans. Soon it becomes apparent that these are no ordinary dreams and somehow through the medallion Lidia is reaching out to him from another lifetime, as if they had a past connection. During his waking hours he can’t get these images out of his head, and finds himself having odd, uncomfortable yearnings for his friend, and employee, Andrea, which leaves heterosexual Valerio snappy and confused, doubting not only his sanity but his sexuality, too.

Eventually Andrea cannot take any more of Valerio’s  mood swings and demands answers. What happens next is one man’s journey into a new self, where Valerio sees himself in a completely different light as he opens up to a new, rich experience he would never have dreamed possible if it were not for the magical medallion’s supernatural powers enabling him to see into a forgotten history of sexual promiscuity and desire. Thanks to Lidia an undeniable bond is formed between the two men, but will Valerio be able to take that final leap into the unknown and accept his true fate as Andrea’s lover?

Laura Tolomei has written a scorchingly hot tale of a modern day man in Italy being drawn back into the passionate lives of his ancient ancestors by a magical artefact. Valerio is aroused and surprised at the feelings he has for another man, yet the magic holds firm and pushes him beyond his comfort zone where Lidia leads him down a new path which could have life changing consequences if only he dare admit his true feelings and take action. In this instance I liked the point of view shift, where Lidia is always written in the first person, and the rest of the book as the third, it makes each transition into the past clear and enhances the idea of the Lidia communicating via the artefact. For a fairly quick read, Spying the Alcove is vividly set in both modern and past times, rich in historical detail and characterisation, with just the right amount of background as to not overwhelm the storyline. A spellbinding erotic tale proving that one must live life to the full, and never be closed off to new adventures when faced with an unknown path. It might just be the road to enlightenment.