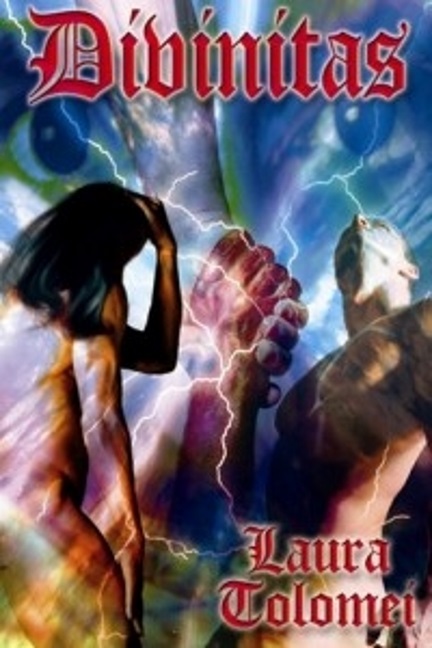 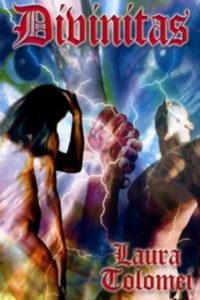 "Laura Tolomei easily relates the historical contexts of the periods in question, including ancient Egypt and ancient Persia, as well as Celtic England. The plotting is fairly well-paced." Rainbow Reviews

Read Chapter One on WATTPAD

Through time and space, there’s a lot of love. But love gone wrong can turn to betrayal and seal one’s destiny forever. And destiny has the bad habit of repeating its pattern lifetime after lifetime as two men, caught in their passionate love, struggle eternally in quest of the divine.

From the ancient walls of Egypt, Us-Yri’s sexual obsession for Set gets in the way of his destiny to ascend from ruler to god of the underworld. His Spirit returns as Mitra, prince of the ancient Persian empire, to continue on struggling against his lust for Vayu in order to become the new shiny god of rebirth, judging the souls of the deceased. But only Shaun and Halifax in Celtic England will finally reveal the truth about Divinitas.

Outside, cool crisp air cleared his mind from the turmoil. He leaned against the Palace walls, partially hidden from view, and looked up at the starry sky. The night was clear, stars sparkling, not dimmed by the moon's bright light. Us-Yri’s gaze swept the universe’s vastness, wondering, How powerful the gods must be to create such a never-ending marvel.

Startled, Us-Yri straightened his back away from the wall, seeing Set standing under a torch, his skin gleaming in the half-light. Born during the Goat constellation, the ruler liked to keep track of the bright designs ruling the sky at people’s birth. A matter of curiosity, no doubt, although according to some theories, the stars’ birth patterns influenced a person’s destiny. Dimly, he remembered something about Set's birth occurring during the Scorpion's constellation, though it was a vague memory. “You’re right, it looks particularly beautiful tonight,” he agreed, turning back to stare at the constellation. “But not as much as the Goat,” he challenged, indicating a group of stars low on the horizon.

Set moved closer. “The Scorpion can beat any goat any time,” he retorted huskily. “And I believe I just did,” he continued smoothly, “or you wouldn’t be hiding out here in the dark.”

“What are you talking about?” Us-Yri retorted, upset at the thought the young man could read him so easily. “I’m not hiding,” he lied, “just—”

Set pressed closer. “Then explain why you left so abruptly, Ausir,” he inquired. “You didn't even finish dinner.”

“I wasn't hungry,” Us-Yri lied again, “and I wanted some fresh air.”

“What a smooth liar you are,” Set muttered under his breath.

Not believing his ears, Us-Yri turned to him. “What?”

With a sudden lurch forward, Set pushed the ruler against the wall, his body pressing tightly. “You heard me right, Ausir,” he said softly, his breath tickling the ear. “You're nothing but a liar.”

Cold rage swept over Us-Yri like an icy storm drowning his control. The comment seemed most unfair under the day’s excruciating circumstances, which had forced Us-Yri to rely heavily on his restraining power. He shoved against Set’s hold, but despite his bigger frame, he failed to break free. “I don’t lie,” he spelled in a clear, angry voice. “I never wanted to—”

UsYri shoved him harder, but Set did not let go. “Do you think I haven't noticed how your eyes follow me around everywhere?” he continued under his breath. “Or felt your desire to touch me?” He raised his voice. “To possess my body completely?” His gaze bore deeply in Us-Yri’s brown depths.

The ruler sighed, the proximity unbearable as his sex hardened and pressed against Set's stomach. But refusing to surrender, he tried one last stand. “You're wrong,” he assured, pausing to search for a suitable appellative, “devil,” he concluded, the title coming naturally to his lips. He took a deep breath and felt anger melting away. “I don't feel like that,” he lied, avoiding to stare at Set's tempting mouth so close he felt his warm breath on his face.

“Tell that to someone else..brother,” the young man mocked maliciously, his hand grabbing the hardening shape under the cloth.

Us-Yri almost gasped from the shock. Enflaming the rest of his already excited senses, Set’s hand lingered just enough to make him feel its unbearable heat, but not a second more. As suddenly as he had struck, Set pulled back and left the ruler alone in the dark night, hard with unfulfilled desire and in utter turmoil.