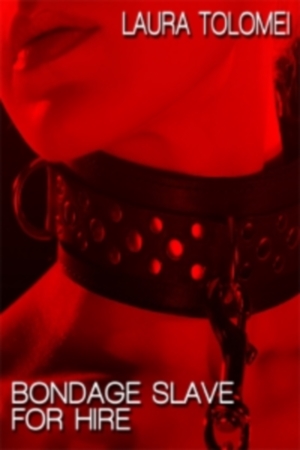 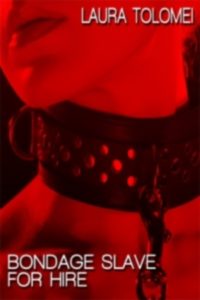 Nothing satisfies Lilly. Not even working at The Dungeon BDSM Club as a bondage slave for hire. A slave looking for her true master. None have fit the bill so far. Until Terry. He spins her craving to fever pitch. And she might just fall in love with him, if she could only be his slave. Not just his. Julien and André’s, too. His gorgeous Creole lovers. Because they are the perfect Masters. But also keepers of the Black Room. On Halloween, she’ll discover just how bad and dangerous their pain-lust game can really be. Will she be able to fulfill their true needs? Or will she perish in the attempt?

That’s why we want to collar you. Do you know what it is?”

“I’ve heard about it.” Some men had talked about it while screwing some part of her. “It’s a sub’s formal commitment to a Dom, right?”

To be fair, she had never met a collared slave, or one who claimed to have an official owner.

“Yes, and it usually involves the Dom placing a permanent collar on his chosen sub.” His steel-gray eyes were so magnetic they’d end up hypnotizing her. “But we take it a little further. If you agree to become our slave, we’ll brand you with our mark. The same all three of us wear as a reminder of our connection.” Baring the left shoulder, he bent so she could look at it.

Etched in the flesh, it resembled an M, though something told her the meaning would be more elaborate than that. And she knew better than to ask now.

“But how will that work if you don’t like me? If you can’t even stand touching me—”

“I can’t stand touching you?” Yanking back her hair, his lips pressed on her ear. “I can’t stand keeping my hands off you.” The raspy tone went straight to her pussy. “If you become mine, I’ll fuck the living daylights out of you, Lilly-baby. Every hour, every minute of every goddamn day and night. Before, during and after work, I’ll want to use your amazing body to sink my cock any and all ways I can devise.” His hot breath tickled her. “I’ve wanted you for so long you’ve become like a desert hallucination.” To prove his point, he gripped one of her hands and pressed her palm to his very thick crotch. “I dream about screwing you. It’s the last thing I wish for when I close my eyes and the first when I reopen them.” The tip of his tongue darted out to rim the edge of her ear. “You’ve been worse than a drug for me. Intoxicating me, to the point I wanted to throw all the training shit to the wind and just have you, over and over.” He removed her hand from his groin. “After I mark you, I’ll tie you to a bed and never let you go. I crave to savor every bit of flesh. I want to fill my lungs with your scent and wear it for days on end.” He pulled back. “Do you still think I don’t like you?”