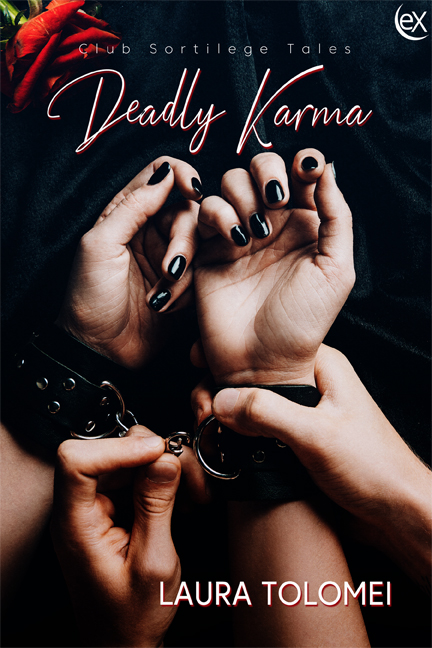 When Eunice met him, she thought he was cute.

Nah, whom was she kidding?

She thought he was the most gorgeous and perfect man in the world, but then she hadn’t met too many men, which could explain why she was as bewitched as a schoolgirl.

She was a full-grown woman with a job, friends, and all that jazz. The job was no more than a boring accountant’s task at an international shipping agency. The friends were two at most, Yvette Carlisle and Palomar Redondo, but who needed more?

Eunice Saint Jacques had never been a popular girl. Despite her fancy last name and illustrious heritage dating back to a once noble and wealthy French family, she’d been the wallflower of every high school party. The one other girls giggled about behind her back, the one no one bothered to speak to, not even to say hi. During those formative years as the only child of Javier and Francine, she’d been pretty much on her own, the lonely student of Crestwood High School in St. Martinville, Louisiana.

That’s where she’d been born and raised in utter misery and depression.

“Eunice, you stop that immediately!” Yvette’s shrill voice startled her. “You hear?”

“Stop what?” Playing the innocent, she gazed at her friend’s image in the mirror while studiously avoiding the reflection of herself.

“You know what.” On the opposite side of Yvette, Palomar sounded exasperated. “That daydreaming stuff you’re always so fond of.”

“Moi?” Eunice’s attempt at a joke failed to move either of her friends.

The three of them were crowded in her tiny–very tiny–flat in New Orleans. This desolate place was the refuge she’d managed to buy after ten-years’ worth of savings, so minuscule that there was scarcely enough space for the three of them. It had the bare minimum, a microscopic kitchen, a convertible sofa that became her bed at nights, a disproportionally large closet, an acceptable bathroom, and a TV set. Unfortunately, also a mirror, the same one they were all squashed against and that would determine her fate tonight.