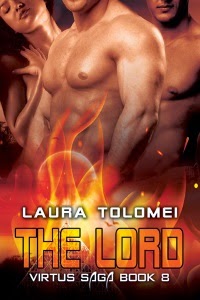 “So you’ll be here from time to time.” Like the leader had remarked, the mere idea seemed to improve Farrell’s disposition toward the job offer.

“I’ll be here every chance I get.” Her expression was so smug Chris wished he could wipe it out. “Like yours, my father was the stable keeper here until he died.” Her lips curved maliciously. “And he’s taught me a host of things about his wonderful job, which I’d like to share with you.”

Is this how you plan to hook him, lover? Sarcasm was his only weapon.

“Particularly now that I have a new foal.” That she had gone for the kill was unequivocal, given the excited glint blazing in the dark blue eyes and the iron clamp she tightened on the man’s thigh at the prospect of sharing pointers no doubt.

If that’s what it takes to keep him here, sure. Gaze flicking on the position of her hand, the prince was undoubtedly enjoying himself at Chris’s expenses. Why not?

‘Cause it’s not fucking fair! Another thing he had to swallow down without giving it voice.

“I’d love to.” Farrell was quick to curl his palm over her hand. Then his gaze swung to Duncan. “What about Lady Hurst?” In spite of everything, bafflement clouded the young man’s eyes.

“I’ll talk to her, and I’m sure there won’t be any problem.”

“You don’t have to worry about a thing.” The mere thought of either of the two opposing Duncan’s request was simply ridiculous to anyone who knew how thing stood between them. “I don’t expect any problems from either one.”

“Then will you stay?” Full of anticipation, the green eyes locked in the dark blue ones.

“It’ll be an honor.” He lingered on sleeping beauty just a tad more than he was required. “And a privilege, Leader, to serve you.” He bowed to Prince Caldwell, deferential yet not submissive.

“Wonderful!” Happy as a child, Ylianor clapped her hands and got up. “If you don’t mind, Leader, I’ll show him around.” Tugging on Farrell’s hand, she made him stand up as well. “I want to introduce him to the horses and also show him his quarters, the room above the stables.”

Since when is she deciding things here at Black Rose? Chris could not control himself.

Since it’s evident she wants to be alone with him. “Sure, Princess, go right ahead.” Or would you rather do the honors?

Before Chris had the chance to reply, Ylianor was whisking Farrell away as if to avoid such possibility. “Oh, and…” Midway, she stopped and spun around to fix him alone. “Lord Templeton, be a dear and don’t wait up for me.” She cocked her head in Farrell’s direction. I think I’m going to have my hands full for a while. “All right?” Whirling back, she opened the door and stepped out of the office, the young man at her heels. And probably something else, too. Then she sped out the room, closing the door behind her. 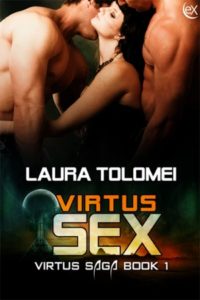