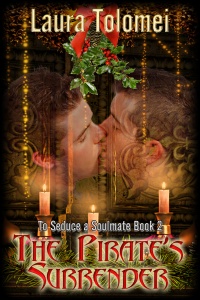 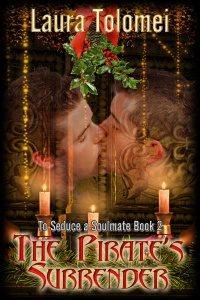 “Hey, isn’t anybody home to welcome a lonely girl who made it her duty to come all the way from London to spend Christmas with her goddamn family?”

“Julia, honey, we’re in here.” Jumping to her feet, Jane rushed to the front door, immediately followed by Martin. But his sister was already on the kitchen’s threshold, falling into her mother’s snug embrace.

“Oh, Mom, it took me so fucking long to get here.” Julia pulled back slightly. “It seems like everyone’s on the road and…” Pausing, she glanced up and moved away from Jane. “Martin, baby, how are you?” Another plunge and Martin felt his sister’s tense body pressing to his, her curves, a bit fattened since he last saw her, adapting nicely to his frame.

“I’m great, Julia.” He tousled the mass of long, dark hair covering her face, smelling deeply of her perfume. Out of everyone in the family, he had always loved Julia best. Over the years, she had also become his confident, the one link to his origins he kept most alive.

She kissed him repeatedly on both cheeks, then stepped back and saw him. “Who’s this?” Without waiting for an answer, she spun to confront Martin. “Don’t tell me you really found him?”

“I can’t believe it.” Her eyes lit up as she turned to scrutinize the pirate. “He’s gorgeous, too.” Like a hawk scouting the territory, she circled him twice before reaching out to stroke the long strands down Drake’s back. “And what magnificent hair.” Again, she stared at Martin wide-eyed. “No, I can’t believe it.”

“Julia, where are your manners?” Coming forward, Jane squeezed the pirate’s shoulders in solidarity. “Please forgive my daughter. She’s a real—”

“Drake Seymour.” After a brief hesitation, the pirate took it. “Pleased to meet you…I think.”

Marin laughed, Jane smiled and at least Julia had the decency to blush. “Sorry I was so rude.”

“Yes, thanks, Mom.” Plopping down on the chair next to Drake, Julia looked him over one more time. “It’s just that Martin talked so much about his soul-mate…” Evidently wanting to win Drake over, she leaned forward. “That’s what you are, right?” But since the pirate’s embarrassment had only increased with the newcomer’s arrival, the lack of an enthusiastic agreement prompted Julia to glance at Martin confused. “Otherwise, you wouldn’t have brought him here today, right?”

“Yes, but maybe all this fuss is getting a bit to him.” Protectively, Martin moved behind Drake and placed his hands squarely on the broad shoulders. “Right, Pirate?”

“Pirate?” Julia flashed an amused smile. “How romantic. Or should I say incredible?” She frowned as though trying to decide between the two. “After searching for the better part of your thirty-three years, you should finally find him.” With her usual brashness, she grabbed Drake’s hand. “You must tell me all about it!” Her voice rose a notch. “How you met, how long ago it was, how you recognized one another—”

Another slam at the door and everyone’s head turned. “What’s all the commotion about?” Scott’s voice—Martin could recognize it anywhere—boomed from the hallway. “On the street all you can hear are Julia’s shouts.”

But the first head to pop in the kitchen was Kevin’s. “Hey, Scott, I think I just discovered why she’s screaming like an eagle.”

“Well, I’ll be damned.” Scott and Kevin’s gazes fixed on Drake. Then Scott turned to his mother. “So that’s why you kicked us out of the house.” One thing about his family, they all reacted to beauty much in the same way. “You wanted to be the first to nose around Julia and her new boy—”

“No, you got it all wrong.” Julia immediately shook her head in denial. “I wish he was mine, but he’s with Martin.”

“Martin?” Kevin’s eyes widened. “You mean you actually found it?”

6 thoughts on “A Pirate Christmas #MFRWHooks”