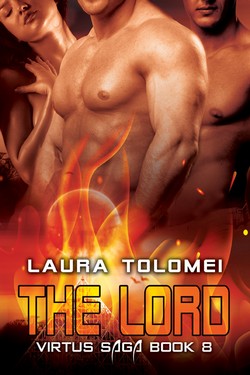 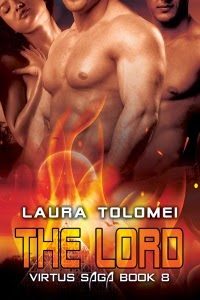 Floating on air, up high above everything else, the higher he went, the freer he was. Without physical boundaries to weigh him down, he was just his pure energy self shedding the material frame upon merging with the others.

With Duncan, his kindred spirit and opposite, as light is to darkness. With Ylianor, his bloody passion and his other opposite, as fire is to water.

Fused to Duncan, he fit her snugly between them. Like two halves of a sphere with a tiny glass-like pyramid core, they refracted the rays hitting them, fractioning them into different colored beams that irradiated the land below.

Gliding as one, there were no limits to his power, nothing to stop him except for the Nephis Valley Tower, the pyramids glaring at him now and flashing as angrily as Virtus itself.

This was supposed to be good Virtus not its evil black alias, the odious creature that had thwarted him and his lovers at every step. That one was gone. Long gone. Destroyed by their collective awareness. Because it had never been real, just a projection of their three separate Virts rolled into one.

Same way he was now with them—he, Duncan and Ylianor one single entity whilst still three.

So why was good Virtus ordering the multi-pyramid structure to halt them in midair? Why was it attacking the leader himself?

It did not make sense.

A burst of enraged fire flared and hit them.

Repeated blows targeted him, so he responded with fiery bolts of his own, happy to see the tower waving under the assault. Adjusting his aim, he struck again, then again and again, until the pyramids began dissolving in thin air.

Tasting victory, he moved closer, dragging Duncan and Ylianor forward. Too late he saw the flash of blinding light coming his way, hitting him squarely at the center of his essence and breaking him away from the others.

Away from the sphere, hurled down and helpless, he precipitated from the sky down to the black void below, to the ground fast approaching and to the scream eerily setting the rhythm of the fall into oblivion. Into nothingness and peace.