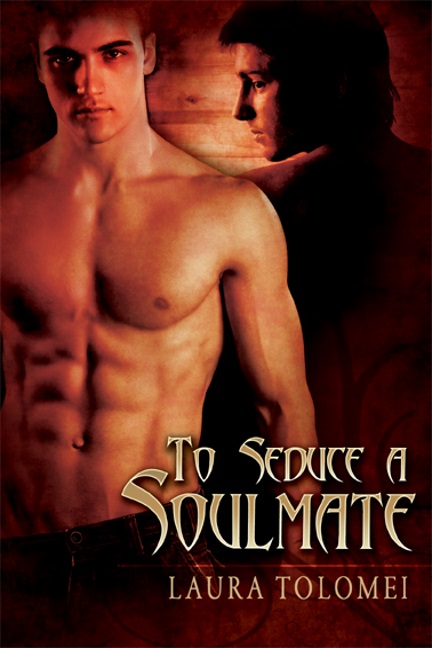 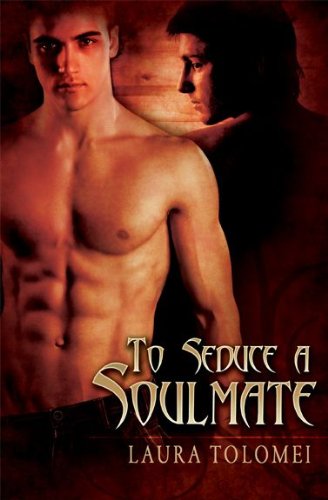 Anyone looking for an enjoyable story with real people, this is one for you!

Drugs, booze and sex. These are the three things that controlled Martin’s life for years. He tried to fill the hole caused by not finding his soulmate with these things, but nothing seemed to cure the problem. So one day he got tired of the drugs and booze and decided to just settle for what he could find alone. Little did he know that when he finally gave up would be when his soulmate finally appeared.

Drake thought this Thanksgiving would be like every other holiday at his parents’, but as soon as he got there he knew something was different. That was when he met the green-eyed, blond-haired devil, Martin. And like any devil, Martin is determined to seduce Drake.

I liked Ms. Tolomei’s realistic portrayal of the characters’ emotions. I felt like I was reading about real people with real issues. Not only is Drake reluctant to believe in Martin’s notion of “soulmate”, but he also has problems accepting the fact that his mate is actually male, and this male is not willing to settle for monogamy with his wife, let alone his soulmate. So Drake is skeptical that this is his other half. Yet no matter how much he fights it, Drake cannot help but feel this strange magnetic pull whenever he is around Martin. I appreciated that this was not just a fairy tale relationship – the characters faced real issues that real people face on a daily basis.

Not only is the story realistic from a plot standpoint, but also a character standpoint. Each character in this story had both positive and negative qualities. In many romance stories you find the hero and/or heroine is perfect. Perfect hair, perfect personality just perfect, perfect, perfect. To Seduce a Soulmate was richer because, although attractive, the characters do not seem perfect to the point that the reader cannot identify with them.

Martin needs to teach a class on seduction and sex because he definitely knows what he is doing. If every man put as much effort into keeping his partner(s) happy, we would all be walking around with smiles, and I am sure the world would be a happier place.

Anyone looking for an enjoyable story with real people, this is one for you.